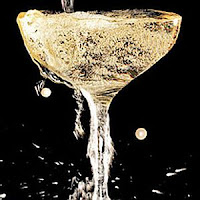 It was time for a drink to get my wits back onto straight. So, we ‘mind the gap’ and make haste to meet a friend in Knightsbridge at 6pm, the universal ‘drink-after-work’ time and in one of the poshest areas of London. One check for the much needed spirit, and a second check for plush location. Paradoxically, we were on time, following the motto ‘when in Rome…’, but still, somehow, our Serbian friend had beat us to the punch, or to the mojito more like it. The rum and mint cocktail multiplied into three in the crowded bar, that smelt like Paco Rabanne and American Express. Diamond Jubilee days of celebration coming up and people wore the Union Jack on their cheeks with pride. Mad Hatters in thick burgundy velvet jackets & khaki brown corduroy trousers were amusingly loud next to us, making small talk about liquorice rolling papers and various investment opportunities versus shortfalls, and of course the unanimous acceptance of their lack of style. Yet despite the good times and interaction with beautifully weird strangers, the nicotine craving kicks in and we exit the bar lighting-up, with a thirst for a tad bit more. JuJu is our next stop, a South Kensington bar and at first glance I felt slightly underdressed with my flower-power Martens, and we laughed off the state of Swallow’s boots! So in an attempt to feel up to par we thought we’d go straight to the cocktail menu, one watermelon martini & two Scorpios later, the place was buzzing, and you couldn’t miss the WAGs on parade, on the prowl for a good catch. I was reminded of a Manchester story when one of them approached a male friend of mine and asked him straight up, to his utter dismay, if he made more than 80,000GBP per year, or ‘Am I just wasting my time here, lurve!?’. I tell you the place was heaving with Rolex detectors and income inspectors, mostly resembling Essex girls! Pffff!!! Our party was safe in our amusement as we realised even in our worn and clumsy shoes, we were effortlessly over qualified for the place. But the front table we were sitting at was on reserve, and so we had to be moved to the centre of the bar as every step we took the lights became dimmer, and the music pumped louder. The bar morphed into a full blown club. So we thought it would be more appropriate to crack open a bottle of bubbly, at Serbia’s instigation.
We sat at a long sofa sharing the low table with two other parties. There were Nordic Geek gods in preppy attire, polo shirt and cardigan worn across shoulders, both sporting thick rimmed spectacles. Hilarious. Girls were all over them like bees to honey, while the objects of desire were nonchalantly more self absorbed. And then there were two ladies, demure and respectful which the Swallow spared no time in befriending them. And lo and behold, they spoke Greek. Oh the joy! Come meet the rest of the crew, and whoops, there goes another bottle! The Nordic Geeks grew tired of their harem and buggered off, praise! The Greek talking ladies had to retire for the night, and I do not doubt that the chirpy Swallow may have tired them a bit with her excessive excitement for fellow language speakers. These two were quickly replaced by a chocolate-deluxe duo, one of which had serious self esteem issues. Swallow to the rescue! Third bubbly cracked and our waitress, who was also a student at the Metropolitan police, drank with us, and we shared the love with kisses.
It was time to call it a night and we made our way outside into the cold and rain but it was just as fun outside as it was it, even more so! We got offered to spend the night with one guy who advertised his impotence. At the time we could not in our right minds (or champagned minds) understand why anyone would negatively promote themselves, but now it strikes me. This dude was cunning. He had tapped into the female psyche which yearns for security and a need to feel safe over a good shag, seven out of ten times. Needless to say, we declined, and do not regret ever since.
Posted by Helen Ra-Ra at 09:28

Email ThisBlogThis!Share to TwitterShare to FacebookShare to Pinterest
Labels: The London Diaries, Travel

What do you think? x Ra-Ra